The majority of what we wear is made with cotton, a crop with a heavy footprint on our environment. The simple act of conventionally growing and harvesting the one pound of cotton fiber needed to make a T-shirt takes an enormous and devastating toll on the earth’s air, water, and soil that impacts global health. Also, policies and practices within the cotton industry from crop subsidies to garment sweatshops create poverty and misery that stretch around the world. Consequently it is important to use less conventional cotton and reduce our impact as much as we can.

Besides cotton, textiles can be produced with other fibers that are more sustainable. A first step to reduce our impact on our planet is to use organic cotton. Secondly the production of garments with alternative fibers such as linen, Tencel, Modal and bambou offers a very good alternative to cotton (both conventional and organic). Finally we believe that the ultimate solution is to use recycled cotton.

To facilitate your search, Ink has created a green index for each product based on the official certifications and our personal appreciation. 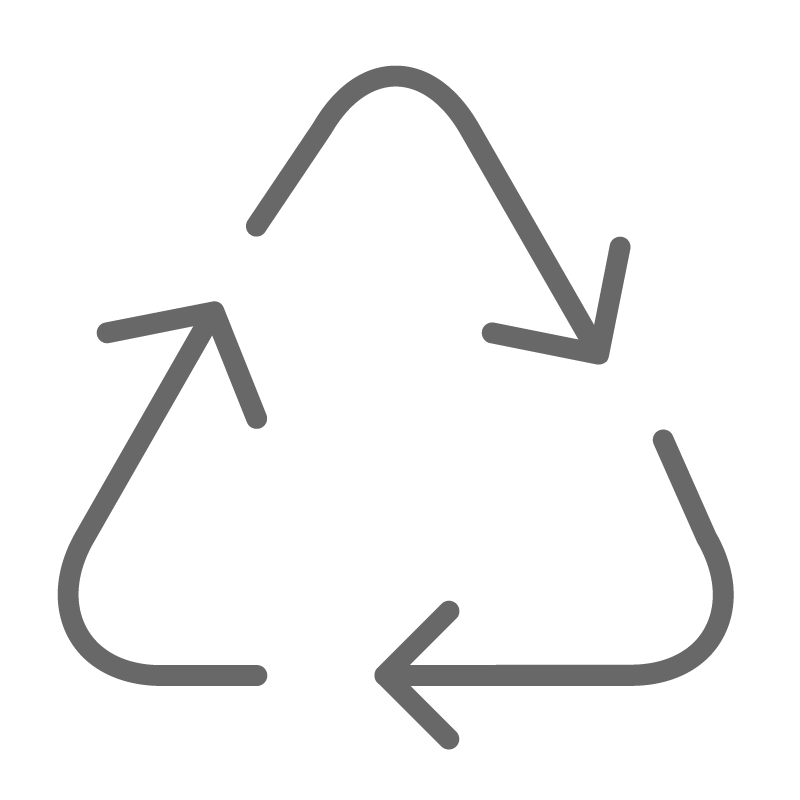 Recycling, the most durable solution

The offer in 100% recycled products is still limited, but there is a choice of affordable stock products available, so no more excuses not to go for recycled ! 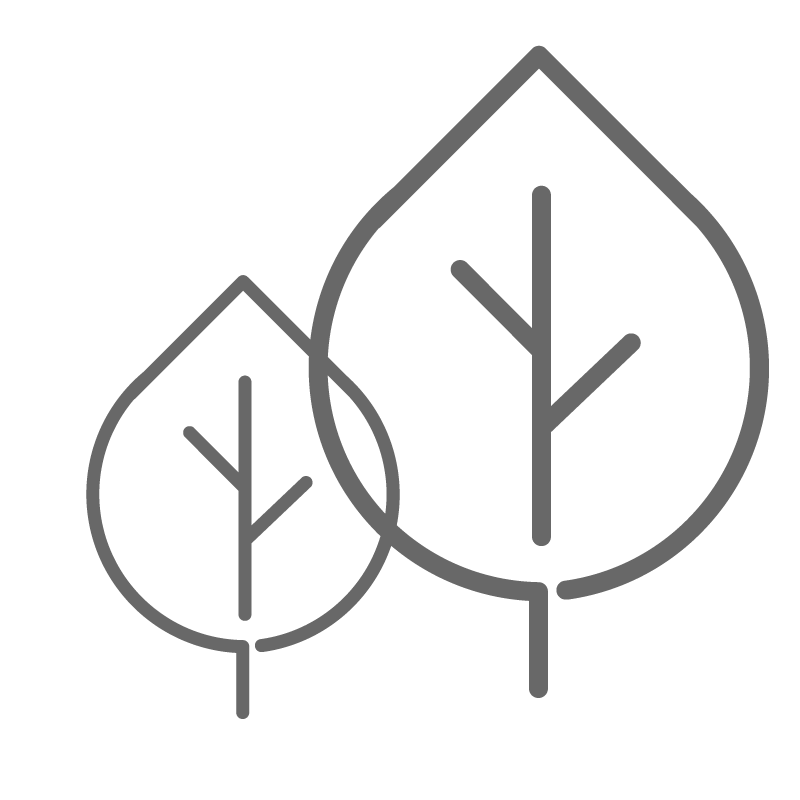 The second best option is to go for alternative fibers who have a reduced ecological impact meaning reduced use of water and arable land. Examples in this category are artificial fibers as Tencel and Modal, and natural fibers as Linen and Hemp. 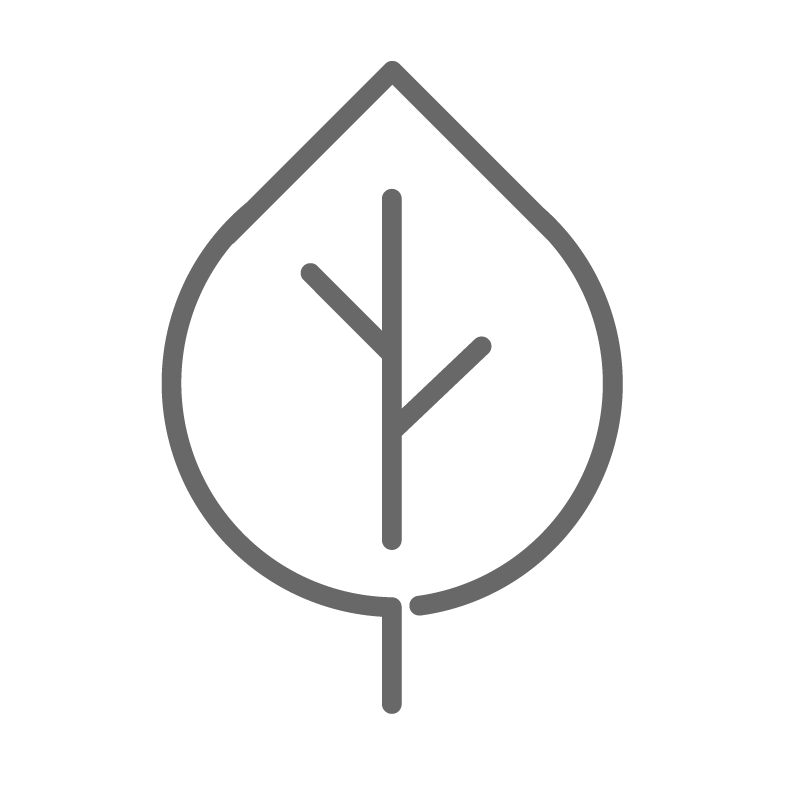 Organic cotton allows us to reduce our ecological impact without losing any of the advantages that this fantastic fiber offers us. Whenever available, it should be an absolute minimum for anyone who is serious about durable consumption. 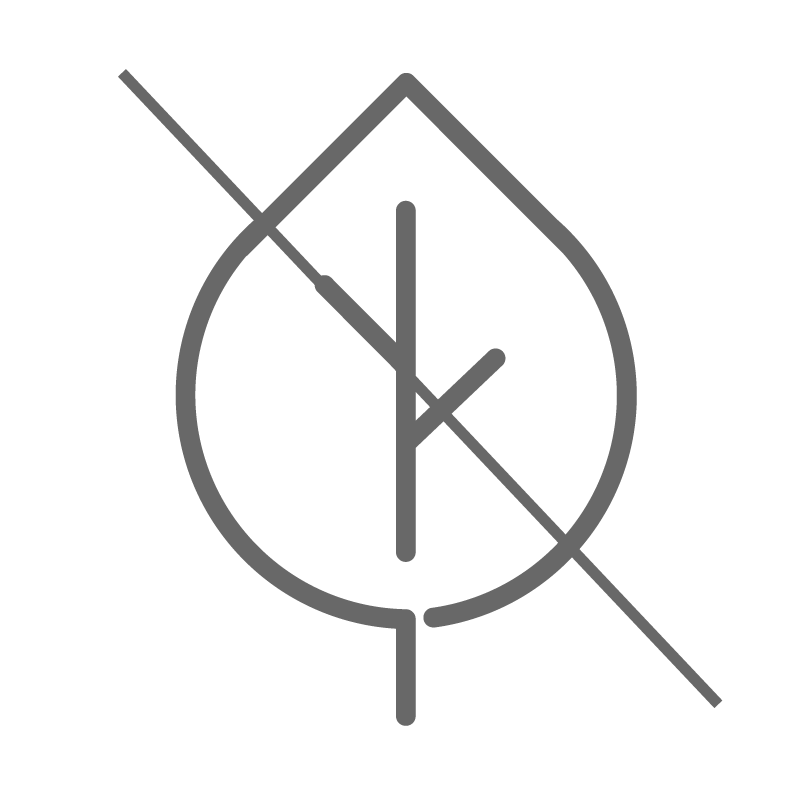 For some product categories it remains hard to find adapted products produced with durable materials. This is today only a small part of our offer and we hope to eliminate it completely in the future.

The best solution is recycling. Recent developments make it possible to produce comfortable fabrics with up to 60% recycled cotton. In order to reach a sufficient yarn strength the recycled cotton needs to be mixed with polyester but recycled PET is added in order to make the product 100% recycled. The offer in 100% recycled products from stock is still in the starting blocks. But nevertheless there are some valuable options. For those who have the possibility to opt for made to order production, we can make almost any classical cotton products in a 100 % recycled version.

Also used in the garment industry are natural artificial fibers, meaning that the fibers are made by men out of cellulose from trees or plants. From a basic pulp new threads are generated and woven into textiles. Because they are man-made those fibers are often softer and have good qualities for clothing. Tencel, Modal and Bamboo are the artificial fibers used for some of our products.

Tencel is the most known and is in fact a brand name developed by Lenzing for the fiber called Lyocell. The eucalyptus trees which are the base material for this fiber are cultivated with minimal environmental impact. That is why Tencel received the European Ecolabel. Moreover, the fiber is produced via an advanced ‘closed loop’ solvent spinning process, with minimal impact on the environment and economical use of energy and water. Lyocell uses an amine oxide as a non-toxic solvent which is continually recycled during the production process.

Modal is a fiber made by spinning cellulose, often from beech trees. These trees are grown in a sustainable way. The production of the fibers however require a lot of energy and chemicals. Lenzing, also producing Modal (next to Tencel), is trying to limit the damages, but Tencel is a better product in this context. Modal is used alone or with other fibers, often cotton.

Bamboo is a resistant plant that grows very fast (up to 1 meter a day) without pesticides, fertilizers or other chemical products. With several crops a year, Bamboo generates more oxygen than other plants and limitates the erosion of soils.

So growing bamboo is a wonderfully beneficial plant for the planet and most is naturally organic bamboo. Unfortunately bamboo, the fabric, isn’t easy to categorize because the manufacturing processes to obtain the fabric from the plant uses a lot of chemicals, some of which are toxic for the workers and the environment. Although some manufacturers boast that they have implemented ISO certificates, it is impossible to know if their processes are actually sustainable and conform to environmental regulations. Also, environmental regulations, controls and enforcement vary greatly from country to country as does transparency into what really happens within a country’s manufacturing facilities. For those reasons INK categorizes Bamboo as ‘Green’.

Another natural fiber that can be used to make clothes is linen. Linen is used by the big stylists for its exceptional properties of freshness and comfort. Produced without any waste, using less energy and water, linen (the flax plant) does no harm to nature whatsoever. It is the most sustainable material and is 100% biodegradable.

Hemp, like bamboo is considered a sustainable crop. It requires no pesticides and needs little water, yet it renews the soil with each growth cycle. It’s long roots prevent erosion and help retain topsoil. Unlike cotton, many parts of the hemp plant have a use: hemp seeds, for example, are processed into oil or food. Clothing made of hemp fiber is lightweight, absorbant and, with three times the tensile strength of cotton, strong and long lasting. Moreover hemp can be blended with other fibers for different qualities in the garment.

Organic farmers use biologically-based rather than chemically dependent growing systems. While many conventional farmers are reacting to the ecological disorder created by monocultures, organic farmers focus on preventing problems before they occur. By focusing on managing rather than completely eliminating troublesome weeds and insects, organic farmers are able to maintain an ecological balance and protect the environment. Certified organic cotton growth assures that no chemical pesticides, no chemical fertilizers and no GMO’s are used. It also guarantees a more efficient water use, less green house gases and crop rotation to preserve the land. Crop rotation of cotton with food crops also assures farmers of a more diverse income and food security in their local communities. A byproduct of organic cotton growth is that it allows third world farmers to escape the trap set up by the big agrochemical multinationals who tie up farmers by cheap financing of seeds combined with obligatory use of expensive chemical fertilisers.

People and the planet

Next to the environmental impact, social standards are often a critical issue in the world of garment production. Sweatshop apparel is so all-pervasive as to be almost invisible. The availability of cheap, almost throwaway clothes that change with each fashion season has become deeply embedded in our culture but there is often a grim face behind this trend: since it’s now considered “too expensive” to pay a living wage and protect the environment, textile and clothing manufacturers have, for the most part, outsourced their production in the lowest-wage countries like Bangladesh, Vietnam, China and India where workers are often exploited: rights of free speech, free association, and the right to form a trade union are routinely repressed. For INK it is crucial that decent social standards are respected. In order to assure this we work only with factories audited by reliable instances. Moreover, having been active on the field ourselves we know most of the factories personally which gives us an additional assurance that the goods we sell are produced in decent conditions.

We have a preference to work with factories from Europe and the Mediterranean zone (Turkey, Morocco) for practical reasons (flexibility, reactivity). This however does not mean that we boycott producers from Asia and the Indian subcontinent. The garment industry is a crucial part of the economy for countries like Bangladesh, so rather than boycott it we should strive to improve it. As western world buyers we have a responsibility to help achieving this by supporting those factories that respect our social standards and aim to match them. This requires in the first place that we pay an honest price, as this is often where things go wrong. The customer also bears a part of the responsibility here. Someone who buys T-shirts at a price that barely covers the cost of the cotton it contents cannot expect that it has been produced in acceptable working conditions.

For each of our products you’ll find the official label(s) given by an independent and reliable certification company such as GOTS, FAIR WEAR, OEKO-TEX and others. Here we give you a short overview of the meaning of those certifications. If you want to learn more about them, click on the links and search the net for more information. 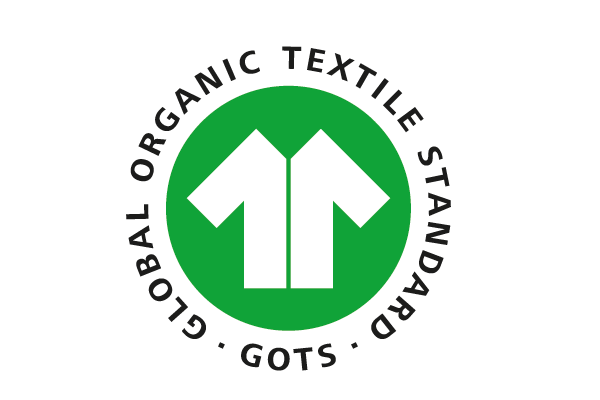 GOTS (Global Organic Textile Standard) is recognised as the world’s leading processing standard for textiles made from organic fibers. It defines high-level environmental criteria along the entire organic textiles supply chain and requires compliance with social criteria as well. 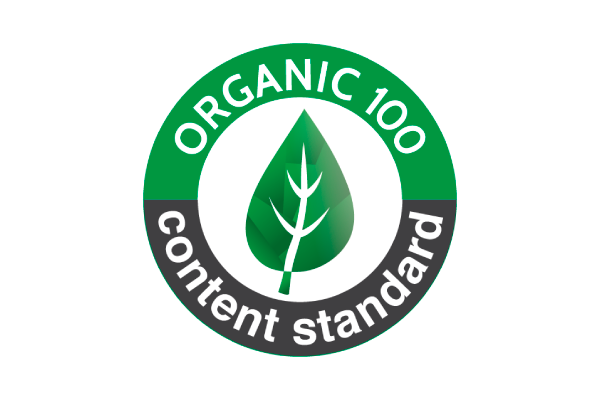 OCS 100 (Organic Cotton standard – former OE 100) tracks the purchase, handling and use of 100% certified organic cotton fibers in yarns, fabrics and finished goods through the use of transaction certificates for factories that don’t yet comply to the GOTS standard. 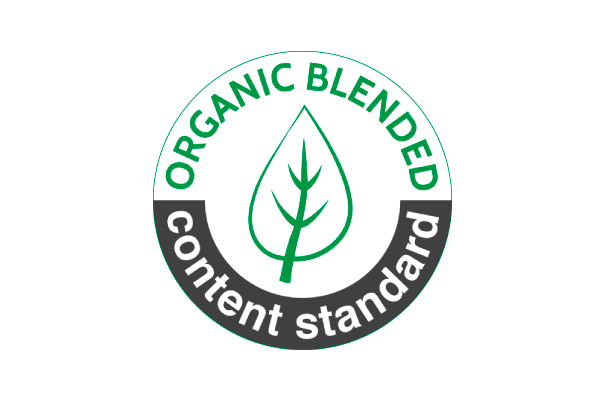 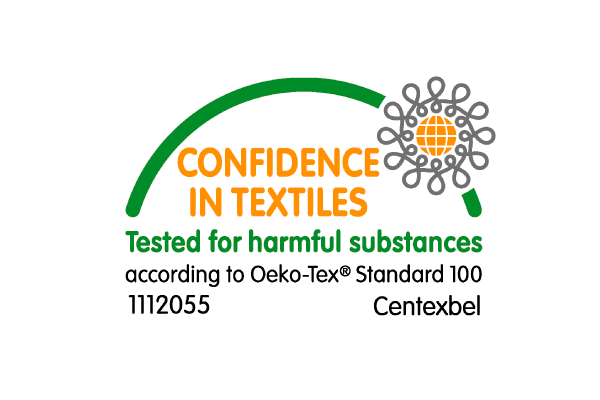 Oeko-Tex 100 Standard comprehensively addresses the Human Ecology component of textile products. It evaluates and screens for any harmful substances present within processed textiles, which are intended to come into contact with consumers. 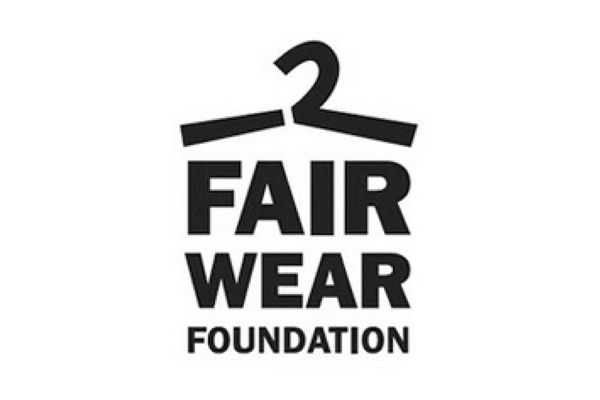 The Fair Wear Foundation (FWF) is an independent, non-profit organisation that works with companies and factories to improve labour conditions for garment workers. FWF keeps track of the improvements made by the companies it works with. And through sharing expertise, social dialogue and strengthening industrial relations, FWF increases the effectiveness of the efforts made by companies. 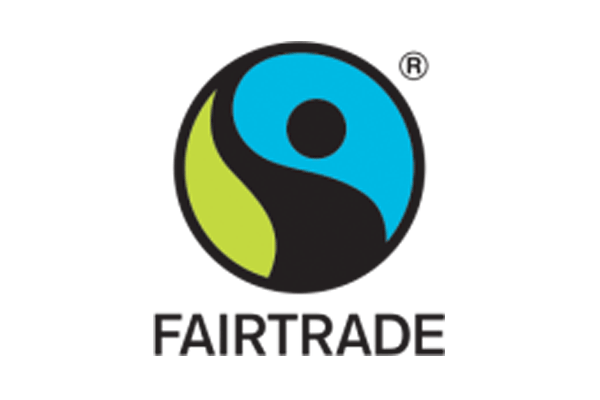 Fairtrade is an alternative approach to conventional trade and is based on a partnership between producers and consumers. When farmers can sell their cotton on Fairtrade terms, it provides them with a better deal and improved terms of trade. This allows them the opportunity to improve their lives and plan for their future.

I know what I'm looking for

Receive our latest news by newsletter.